The imposing grey stallion Cambridge possesses an almost limitless jumping ability coupled with a great character. No jump is too high or too far for him. He has been victorious several times in jumping competitions up to class S*, and placed up to class S**. Cambridge was awarded the sport in the autumn of 2013. His previous life profit amounted to 11,072 euros, and his annual profit total for 2014 was 4,840 euros.
In 2014, Cambridge and his rider Philipp Brodhecker were placed several times and won the jumping competitions up to the class S**. In September 2014 the pair was victorious in the power jumping of the international show jumping tournament at the Jägerhof in Biblis with a jumped height of 2.10 meters. 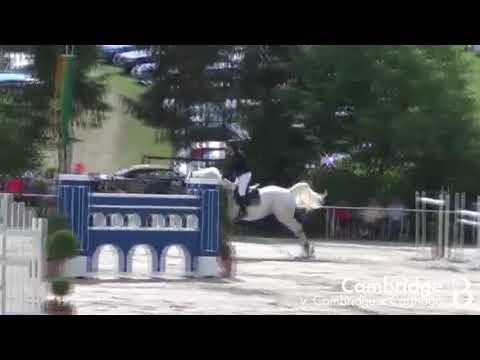