Londonderry - Hanoverian Stallion of the Year 2013

He impresses with his outstanding, expressive movement and his flawless exterior.

Even the Bundeschampion of the 4-year-old riding horses, vice-champion of the 6-year-old dressage horses and promoted up to the St. Georg level, are now registered as sports horses.

527 of his daughters are registered in the Hanoverian stud book, 185 of them are awarded the state premium.

Thirty-three sons were approved for Hanover.

The qualities of his offspring under the saddle are also looking for their same, 195 entered the Verden auction parquet.

His spectacular son Lemony's Nicket was auctioned in 2011 for a sensational 900,000 euros. Five years earlier, Londontime had already caused a stir when it found new owners for 510,000 euros. 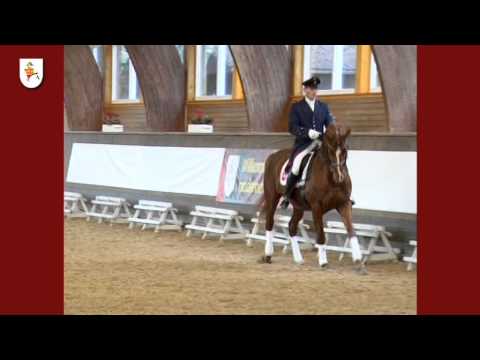